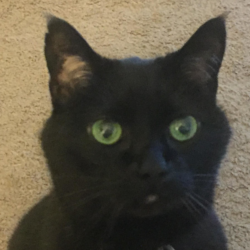 chriswsh
February 24 edited February 24 in Dice Roller
Hi, everyone! I'm Chris, the developer behind the dice roller/probability calculator app. Thanks for helping us test this out.

This is a test of not just the app, but also our processes and infrastructure behind testing/releasing apps, so please bear with us while we figure it all out.

After we give people enough time to sign up for the beta (I'm thinking a week or so), we'll have more instructions on how to access the app itself.

As for the feedback we're looking for, that includes:
As for the dice roller app, there are four screens. (I'm not necessarily going to tell you where they are because of the strategy in Item 3 -- I'm trying to gauge how discoverable the functionality is on its own.)

The first is a dice rolling screen where you can roll 3-D dice, as well as choose what kind of dice, how many to roll, and what modifier to add/subtract from the total. If you forget your dice bag at home, this is a workable substitute. This will likely be a free feature. (No promises.)

The second is a probability calculator that calculates the overall chance of success for both d20 rollover linked rolls and dice pool mechanics. It can also automatically generate target DCs and dice targets for easy/normal/hard/angry GM difficulties. This is more for GMs who have to generate ad hoc challenges, and will likely be a paid feature.

The third is the settings screen where you can switch between light and dark mode, as well as change the colors of the dice being rolled.

The fourth is an about page, which tells you more about me, the app, and where to log bug reports (once we get the forum and threads up and running).

Thanks again for your help and I look forward to working with you.

(EDIT: Just to head off any potential future problems, because lawyers, this beta testing is unpaid and by giving us any feedback/suggestions, you're also giving us permission to use that feedback/suggestions however we see fit.)
Sign In or Register to comment.
Forum Software Powered by Vanilla