Home to terrible beasts, mischievous fey, rugged individualists, and slumbering evils, the vast boreal forests of the north have inspired awe and instilled an instinctual vigilance. Among attempts to cartograph and control the region, one hopeful band of missionaries sought to expand the reach of their faith while simultaneously planting the flag of order at the epicenter of chaos. They constructed a grand mission over the next half-century, a fortress of marble and gold leaf standing as a monument to the stubbornness of mankind and the blessings of the divine. They welcomed all in the name of peace and prosperity, but hid the terrible secret behind their success: the backing of regional barons. The fortress-like nature of the mission was no coincidence, but proof of the unsightly truth. In time, the people of the forest balked at outsider authority, refusing the hospitality offered to them.

This burgeoning conflict caught the eye of the incubus Rakaz'greh, who was forged from a corrupt member of the very faith intruding upon the forest. Exceedingly clever even for his kind, the incubus sowed the seeds of war. Soon open conflict had erupted, consuming portions of the forest in flames and seeing parts of the mission destroyed or otherwise abandoned. As the death toll grew and the mission's security waned, Rakaz'greh played every side of the conflict. He drew desperate supplicants and supporters and, when the time was right, swept the battleground clean of his weakened opposition.

With the mission breached, the forest blighted by war, and his opponents routed, Rakaz'greh sits upon the defiled chapel as though it is his throne. With an enclave of loyalists and bound servants, he maintains a tenuous control over most of the ruined fortress. Yet even the demon's victory was not seamless. Uneasy dead haunt the catacombs, loyal to none. Predators twisted by the demonic blights hunt the forests for the sheer joy of slaughter. Surviving missionaries, sheltered away in fortified cellars, look upon all with suspicion of demonic corruption. The surviving fey hold to their blood feud out of spite, fighting with zeal to protect what little remains untainted by Rakaz'greh. Between them, the crumbling ruins, improvised traps, and demonic blight make simply moving through the ruins a challenge. But above all, Rakaz'greh grows increasingly arrogant and will soon set his sights upon the forceful annexation of more land beneath his foul banner. 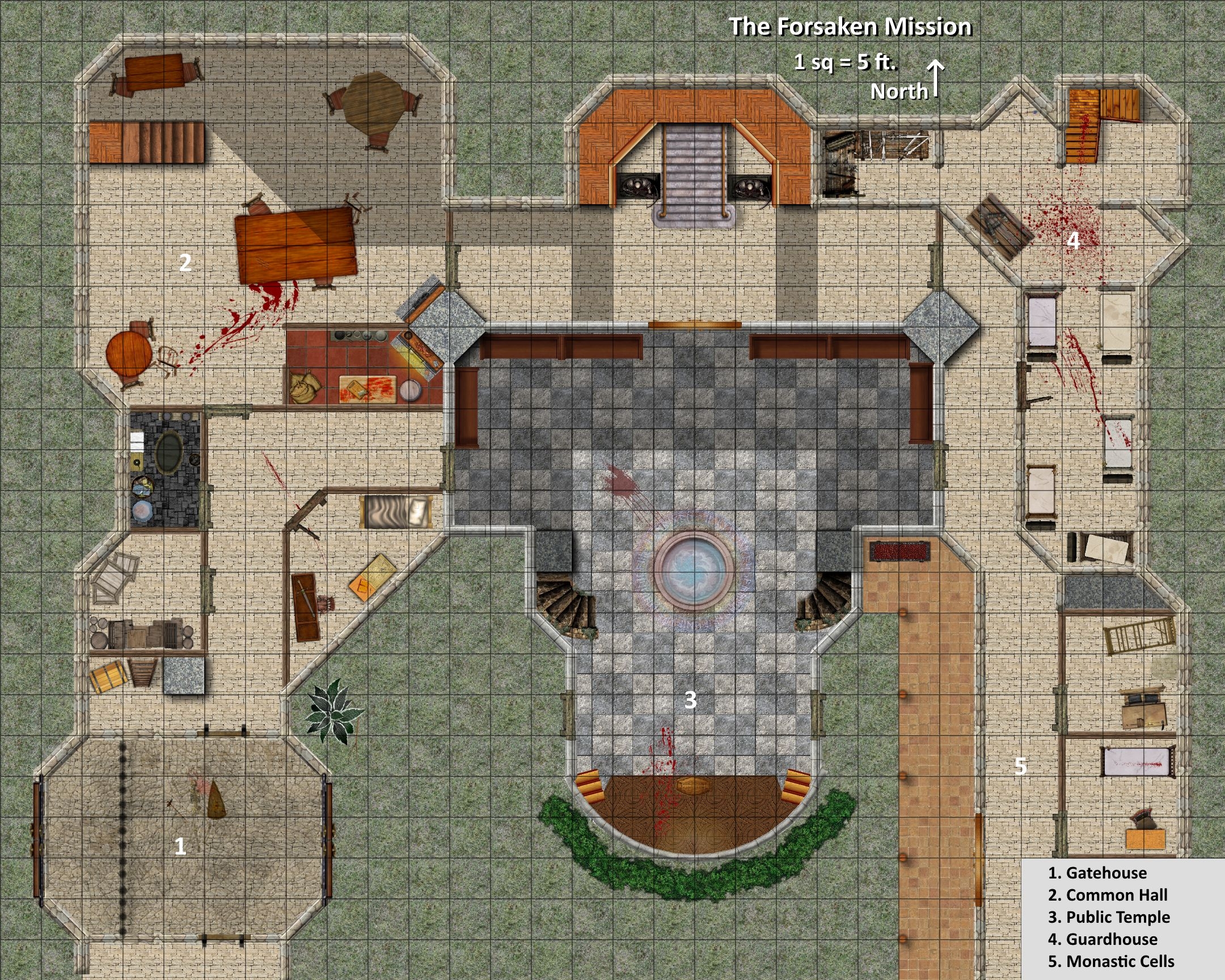