Along the road stand a ruined watch tower, a cabin and a small stable, all abandoned. Next to them lies a wooden tribune facing a list field. In front of the tribune, across the long rectangle of mixed sand and earth lies the large stone tomb of Lawrence the Brave, decorated with sculpted chivalrous scenes.

Lawrence was an undefeated jousting champion. After winning against over fifty knights, rumors of him cheating appeared despite his reputation. His fame kept growing with each new victory, but he lost the joy of jousting when he felt sportsmanship left the lists.

When he died, his last will was to build a list field outside the town for knights to train on, and for regular friendly tournaments to be organized on. It had to be set in front of his tomb, but on an accessible location, so that every knight could come by and joust. He also left enough money to fully man a watchtower to guard the place against bandits for twenty years. A small house for these men and passing knights and a stable for the horses were built next to them, all according to Lawrence’s wishes.

The first two years were successful. However, no one came to joust after stories of a cursed knight haunting the jousting grounds arose. A soldier had seen a ghost appear on one end of the lists. Drunk, he didn’t think much of it, but a squire confirmed the tale a few days later. The jousting ground was soon abandoned, and its tower unmanned, against Lawrence’s will.

Years later, Lawrence comes back as a ghost when he senses a worthy opponent on the lists. He appears on his mount on the other end and jousts as if he were physical, except that no harm is done to either cavalier. Instead, he knows who won each round and keeps track of the score himself, giving advice and congratulations, depending on the result. Even as a ghost, Lawrence is very skilled, and no one has won against him yet. As tradition would have it, he would pay his ransom by revealing to the winner where he hid a part of his money before dying. The most important consequence of his defeat would be that his soul could finally rest in peace, as it would prove that he was not invincible, and that he wasn’t cheating. 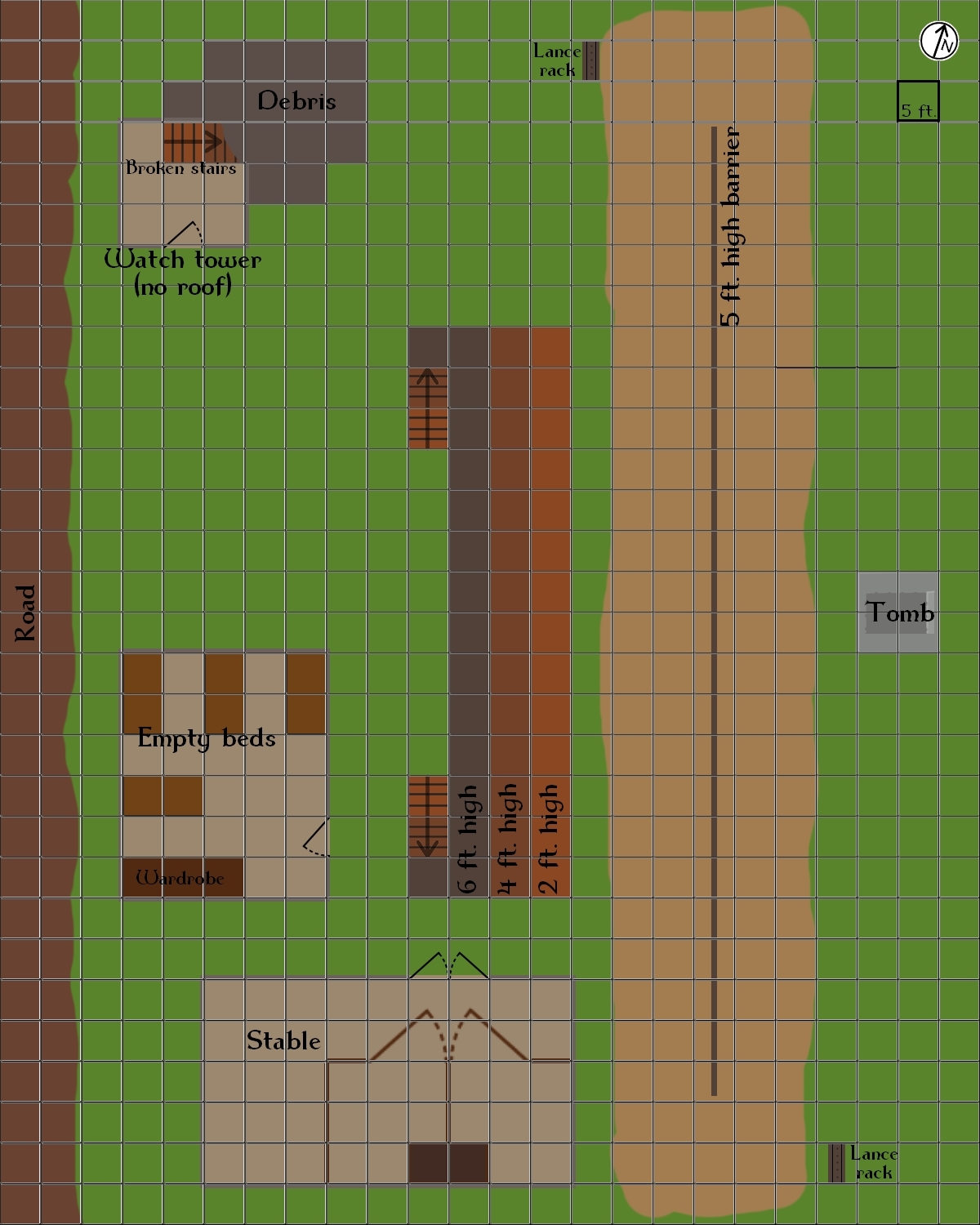