Constructed a little over fifty years ago in the small town of Amber, this small, two-person bungalow was sold a little over a year ago to the ageing half-orc wizard, Aquor Von Canto and his roomate, the elven cleric, Pepehel. Now with Aquor lying dead inside the master bedroom, this humble house has become infected with wild magic.

The building itself was small, and mostly made of stone, including the magically reinforced inner walls. Two windows adorn the front of the house, muted against the utter blandness of it all. No decorations, nore gardens adorn this clearly frugal building.

Inside, the building was equally as spartan with a narrow entranceway (1) flanked only by a small mat for wiping one’s boots, as well as an empty window frame containing the cooking pot in the kitchen, allowing smells to make their way across and assault those just entering into the building.

Directly in front of the entranceway was a door, leading to a rather peculiar invention, (2) a lavatory, complete with a sink, with magical hot and cold running water. (an item that Pepehel tells guests took years for Aquor to get right.)

Exiting the entranceway to the right leads one into the main room of the house,(3) a combination kitchen/dining/sitting room.  A cooking pot sat opposite the hole in the wall from the entranceway, bubbling away. Nearby sat a dining table, next to a bookshelf containing historical volumes, but also various books on the study of Transmutation, with a writing and scribeing desk taking up the back corner. (4)

The far left of the building was almost entirely dominated by a magical study; (5) it’s main feature: a summoning circle upon the ground, it’s magic slowly fading due to the death of it’s master.

Opposite this room, and across the main hallway again was Pepehel’s bedroom (6), a collection of rags and religious iconography, with clothing haphazardly thrown about, covering the vast majority of the floor in a scene reminiscent of a students dorm.

Finally, in the opposite corner of the building, past a pair of entirely unnecessary double doors, was the second bedroom. (7) Relatively modest, the room was also sparsely decorated. Upon the bed itself was the body of its occupant, surprisingly fresh, given its age, with a large metal poleaxe driven through the body’s abdomen, pinning the body to the bed itself. 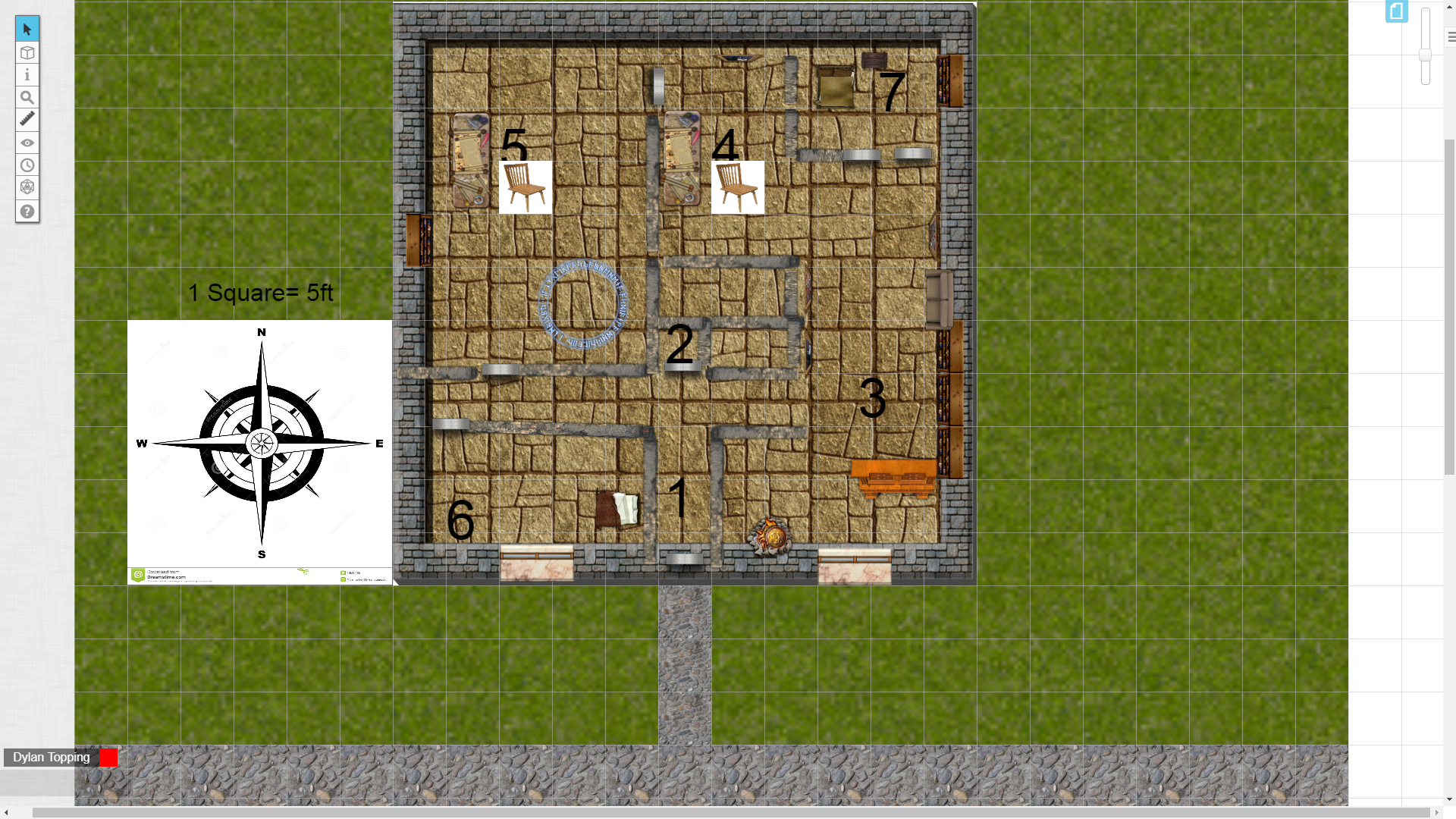