Standing upon a slab of moss-covered granite, deep within a dense tropical jungle, an enormous idol in the image of a black spider looms over an hourglass-shaped pool of luminous red liquid.

Made from a single massive block of obsidian, the spider’s body stretches nearly 50 feet long. Its legs are also fashioned from obsidian, and despite their slender profile, they manage to hold the body several feet aloft, rising like treacherously narrow stairways to the spider’s back, 20 feet above. A pair of obsidian shards over 3 feet long curve down from the spider’s head, signifying its fangs, and a group of hemispherical red crystals represent its eyes.

Ten 50-foot-tall stone pillars surround the spider, each one covered with obsidian tiles bearing primitive pictographs of humanoids, spiders, and other vermin. Jungle vines and creepers wind their way around several of the tall black pillars, but the huge stone slab serving as the site’s foundation holds the undergrowth largely at bay. At the northern edge of the shrine, near the ends of the spider’s forelegs, crumbling stone steps descend 3 feet into the undergrowth.

Countless flying insects buzz through the humid air, and tropical birds call in the distance at irregular intervals. Here and there, dappled sunlight filters through the jungle canopy above, glinting off the obsidian monuments. Sharp-eyed observers might notice that fine strands of spider silk stretch between some of the pillars. Those with even sharper eyes might notice one or more giant black spiders lurking around the tops of the pillars, their shiny black bodies blending in with the obsidian tiles.

Built ages ago by a cult of primitive vermin-worshippers, the shrine was used as a site of ritual sacrifice for several decades during the cult’s heyday. Then, surrounded by their enemies and facing certain doom, the cultists performed one last ritual, sacrificing themselves to infuse the shrine with powerful magic and portions of their own evil souls. Through this ritual, they hoped to escape their foes and one day rise again. Escape they did, but not in the manner they expected. For centuries, the shrine has remained undiscovered, harboring the cultists’ evil souls within the spider’s obsidian body. But now, the souls have become restless, as the conditions necessary to set them free are nigh. 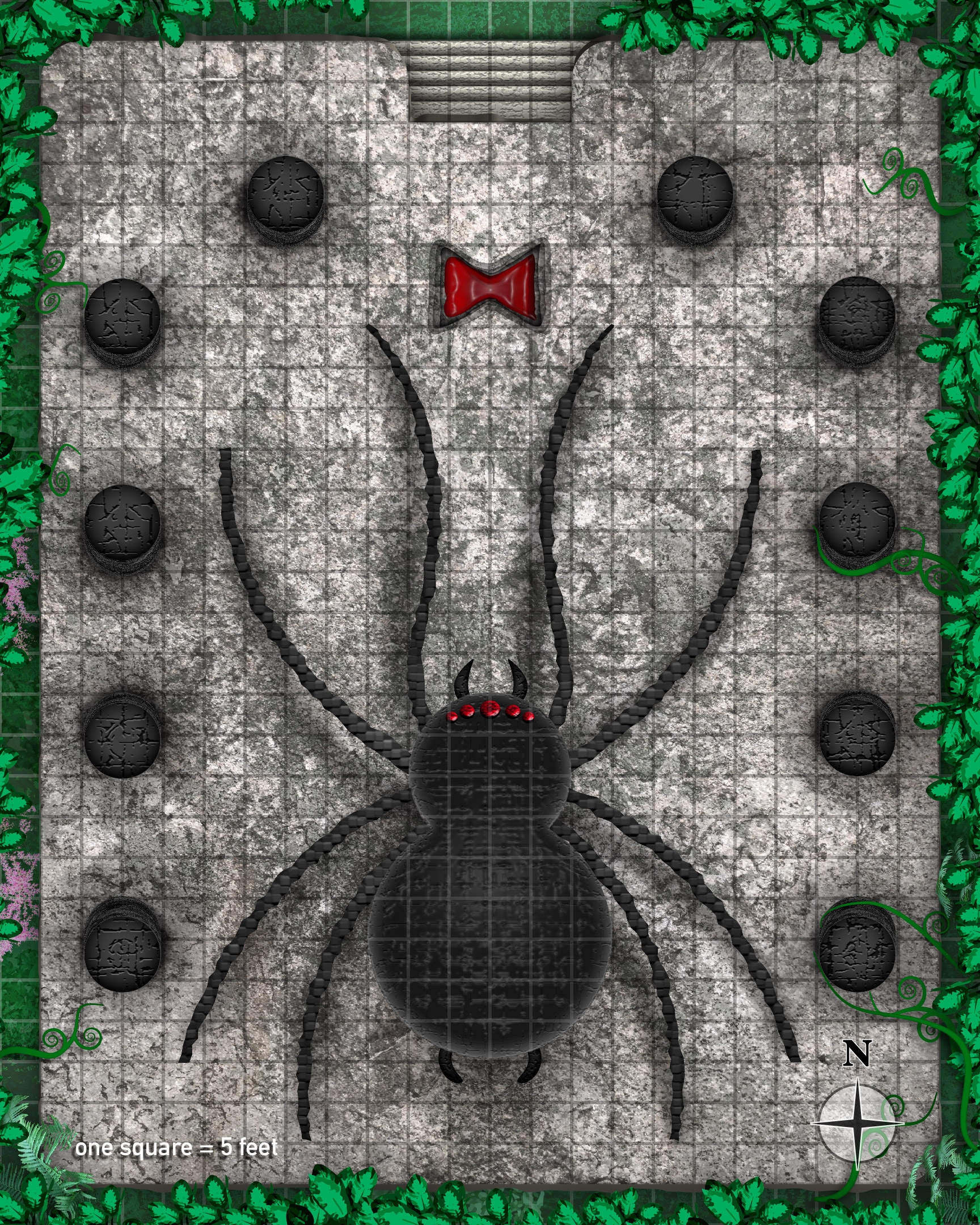