The Evermist Summit is the convergence of two realms. Here, twin cities form the trade center between the peoples of the land and the sky.

The city of Hraungard sprawls across the lower reaches of the Mountain, spilling out into the surrounding valley. Hraungard’s entire livelihood is based upon trade with its heavenward partner. Walatha-Ven is a city among the clouds, one of the only moored settlements of the Skyborne races, and by far the largest. The hard-cloud composition of Walatha-Ven allows for no more than a trickle of daylight to the surface below, while the city lights of Hraungard reflect off the misty ceiling above, leaving the Earthbound in a state of eternal dusk, both day and night.

The Mountain, while sharing in this twilit state, also bears the burden of constant mists dropping from the clouds above. While these mists condense to form the River Elfarnar, providing Hraungard with water and access to the sea, they are often cursed as they create a dangerous barrier to the otherwise thriving trade. The mountain, an already deadly place with its abandoned mineshafts and terraced and labyrinthine cliff sides, cannot be tamed in the shadow of Walatha-Ven. The safest method of trade is by hippogriff-drawn wagons through the sky. For those with less coin, a magical lift was constructed that can transport enclosed carriages aerially by rope between a series of paired columns. For travelers too destitute to afford even this or merchants too

encumbered by their goods, the Gloomroad snakes up the mountain, although travelers upon this road must caravan together for even the faintest safety.

Anaralante: An inquisitor in the House of the Sun, Anaralante has for decades fought the black heart of crime in Hraungard. Growing bitter at the ineffective force of the law, she turned away from her deity and sought out more aggressive forces in her crusade. But in here zeal, she caught the attention of a deity of the relentlessness of the sun. Now a tool for this god of warfare, she has turned her sights on the Cult of Twilight; and in this war, there are no innocent bystanders.

Vartijo: The Sky-Captain of the Blue Legion, in the wake of an uprising of predatory griffon behavior, has put out a call for the aid of courageous - and enterprising - adventurers to maintain the safety of the trade-ways 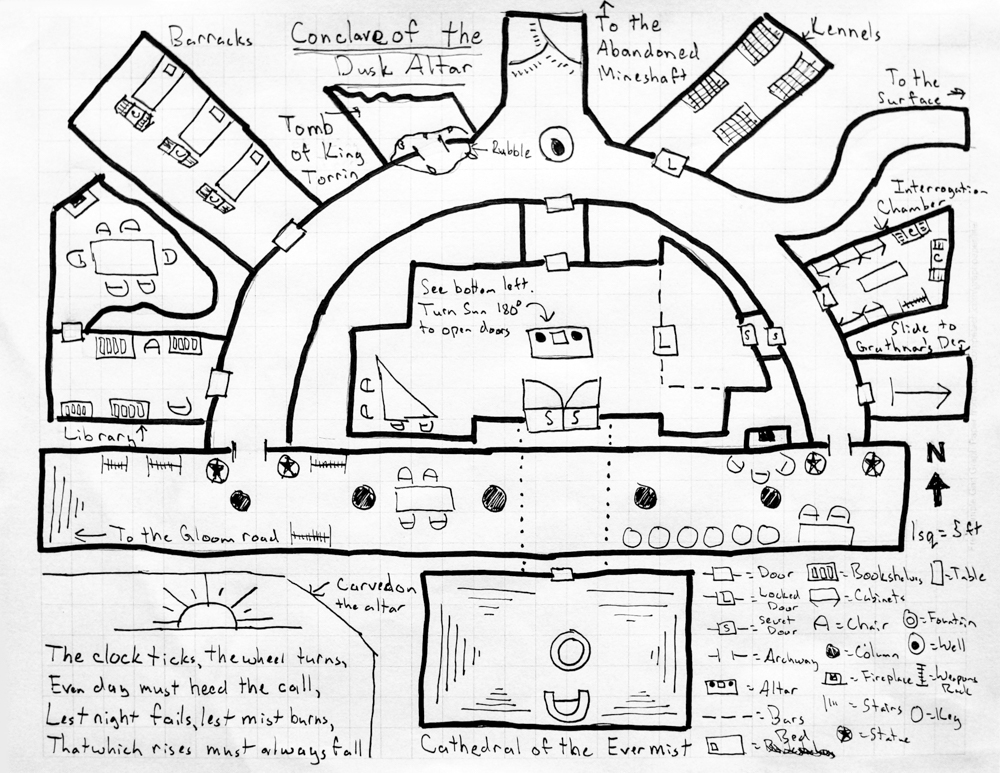