A year ago, Roswin was an unremarkable settlement at the edge of a forest, its people making their livings primarily by hunting, trapping, and farming.  Now, it’s a town trapped in a nightmare—literally.

At the center of the town’s problems is a boy named Jaik who was born with great innate psychic potential.  But Jaik had a hard and miserable life, and never had the chance to consciously develop the abilities he could have had.  His days were filled with toil and pain, and his nights were filled with nightmares—but thanks to his psychic potential, those nightmares had power, and every night he was unknowingly forging a link to the darkest parts of the Dimension of Dreams.  Still, nothing might have come of this had it not been for an ambitious night hag named Kabus who noticed what was happening and decided to take advantage of the situation.  Coveting more influence in the Material Plane, she used strange rituals to tap into and build upon Jaik’s connection to the Dimension of Dreams, strengthening it and broadening it until the Material Plane and the Dimension of Dreams overlapped.

Now Roswin essentially exists on both planes at once.  Nightgaunts, vooniths, and other fell monsters of dream roam the streets, and those inhabitants who didn’t manage to flee the village before it was too late have themselves been transformed into monstrous nightmare versions of their former selves.  The buildings are twisted and distorted in ways that defy normal geometry, some of them now larger on the inside than their exterior dimensions.

The link to the Dimension of Dreams is still fueled by Jaik’s dreaming, and Kabus has woven an enchantment to keep him perpetually asleep in what had been the manor of the town’s reeve.  Kabus herself makes her lair in Roswin’s only inn, the Dart and Dagger, now, like the rest of the town, warped and distorted into a weird dreamscape.

What happened to Roswin is only the first step in Kabus’s schemes.  The area of superimposition between the Material Plane and the Dimension of Dreams is spreading, and threatens to envelop other settlements if it isn’t stopped.  The only way to sever the connection is to wake Jaik from his slumber, or kill him—but Kabus and her agents keep the sleeping boy hidden and well guarded to make sure he isn’t disturbed. 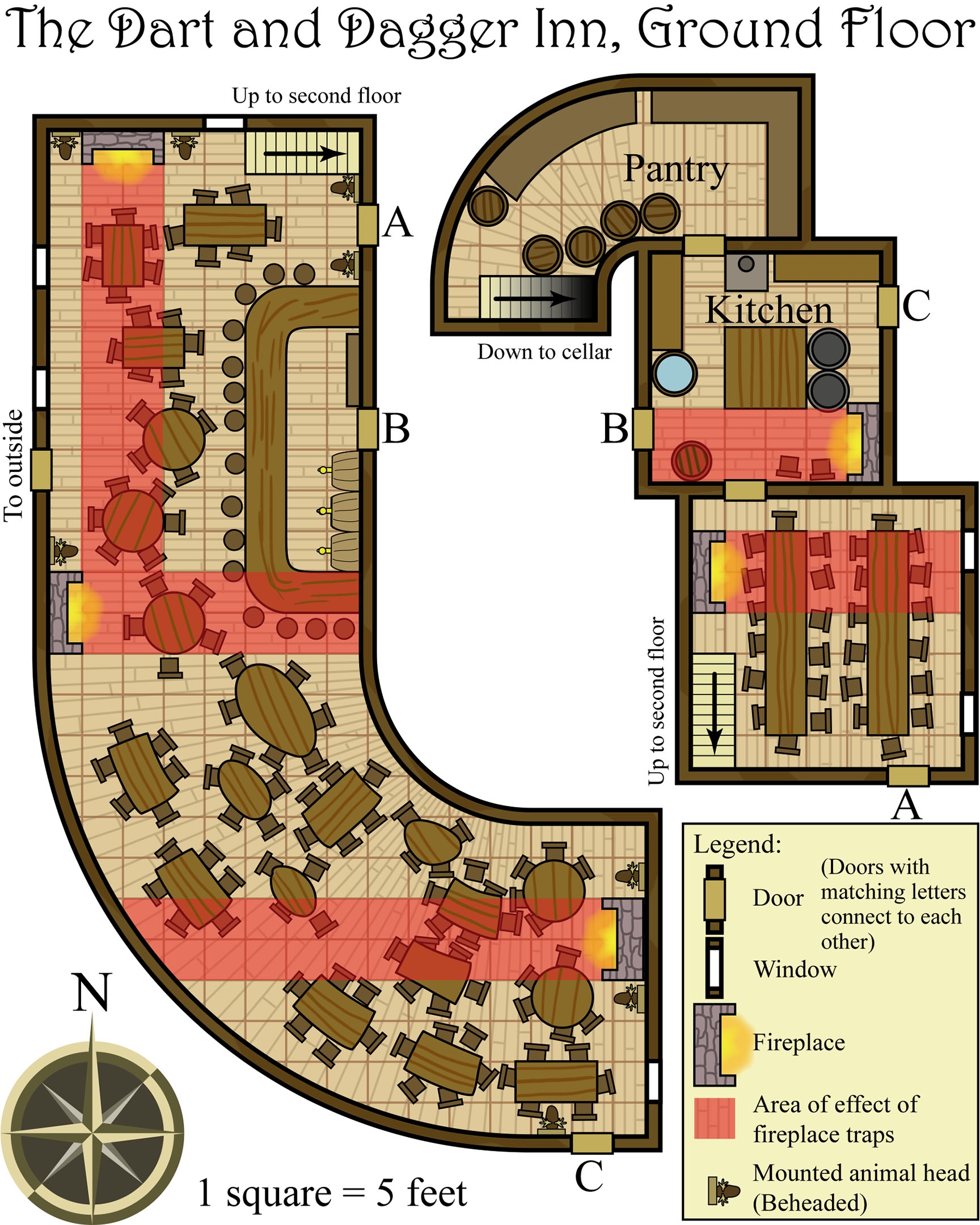